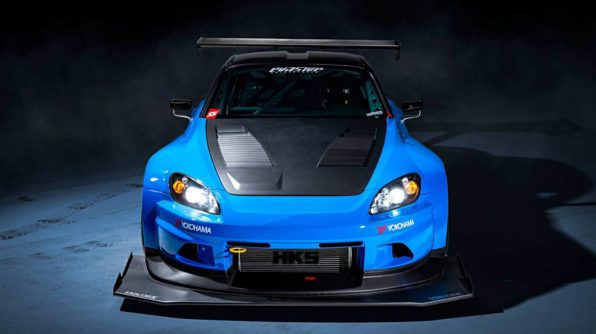 Back in 1995 Honda introduced the sport study model of the S2000. This was mainly the frame and the construction that was shown at the Tokyo Motor show.

In 1996 Daisuke Sawai started to design the appearance of the the sports car we now know as the Honda S2000 or S2K. The name came from the fact that the engine is a 2.0 Liter just like the S500, S600 and S800 Honda roadster from the 60s. This Honda S2000 has an amazing power output of 120.5 HP per liter. This is about 2HP per cubic inch, the highest power of any mass production, NA engined car.

The placement of the engine and front window allowed the s2000 to achieve a 50:50 front/rear weight distribution. This is a unique combination for a convertible sportscar.

Here at AST and MOTON suspension headquarters in the Netherlands, we are big fan of the S2000 and since the introduction in 1999 we have been selling our suspension upgrades all over the world. People were excited about the suspension of the S2k from the factory but after years of the driving the OEM suspension can get tired. Or if you want to race the S2000 there are better solutions than the OEM suspension.

Our Mono tube dampers from our AST and MOTON suspension range have been very popular for the S2000 public. We have developed different valving and settings for every different application. When driving on the streets, or clubsporting or racing, we have a different setup for you! Our customers are very widely spread. Customers who restore their S2000 incl OEM rideheight and feel, sprited street driving customers, trackday customers and full race customers.

After years and years of testing, driving, performing and winning races, we know the Honda S2000’s suspension like no other. Our S2000 suspension kits can be found in all different leagues.

And many more different races where we compete to win!